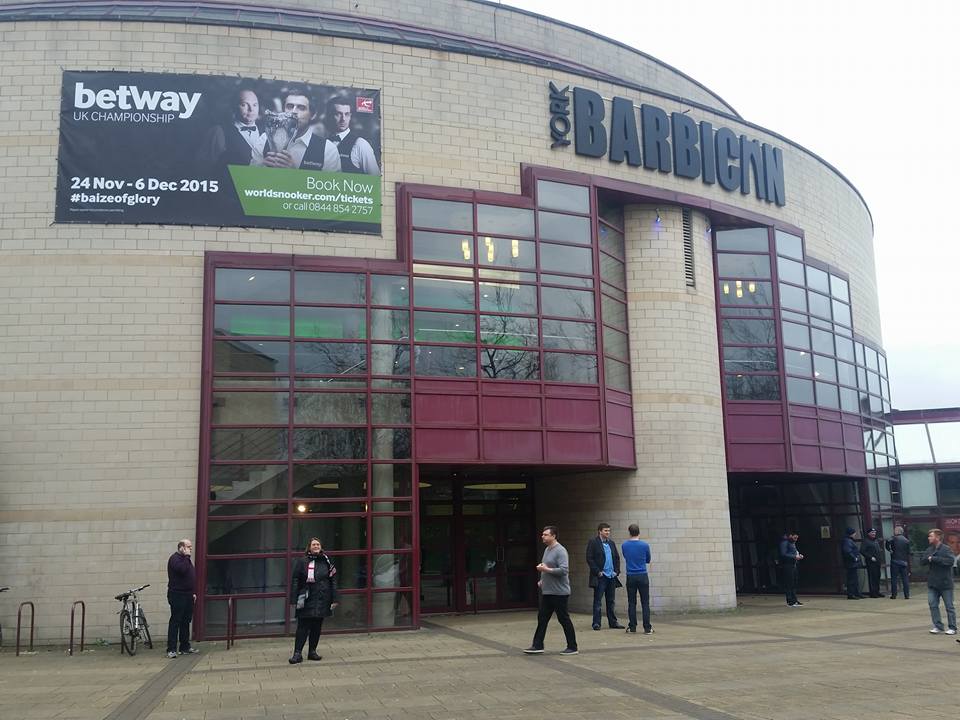 The second most prestigious snooker tournament of the year and one of just three Triple Crown tournaments is the UK Championship 2023. It is once again being played in the old Viking capital of York, which is in itself an amazing city to visit. It is an ancient and very festive city, and the tournament brings forward the best in the players. Unlike the 2022 tournament, which took place mid-November to the football World Cup, the 2023 edition is back to its regular spot, with the final being played in the first weekend of December. This makes it perfect for also enjoying the legendary York Christmas events.

The UK Championship 2023 is being played in the Barbican just outside the old city walls of York, 10-15 minutes’ walk from the famous Parliament Square and 20 minutes from the York Cathedral, one of the largest in Europe. The city is also known for its chocolate specialities, ghost tours and a host of other events for the entire family. For those same reasons, it is a good idea to book your hotel well in advance.

When will the UK Championship 2023 be played?

The UK Championship 2023 will be played from November 25 to December 3, 2023. 64 players will take part in the tournament, probably playing on 2 simultaneous tables for the first few rounds, switching to a single table set-up for the semi-finals and the grand final itself. All rounds up to and including the semi-finals are played as best of 11 frames, and the final is best of 19 frames (8 frames before the break).

How do I get tickets for the UK Championship 2023?

. It is recommended that you get your tickets as soon as possible if you want to attend the final or the semifinals.

The price for an all-day ticket for the 1st round and the quarterfinals is £40. All-day tickets for the 2nd round are £34. Semifinals are £80 for the entire day, and an all-day ticket for the final is £90. For the first time ever, VIP tickets for the UK Championship are also available, starting from £225 per session for the quarterfinals and going up to £300 per session in the final. A VIP ticket includes a 3-course meal in the Barbican’s brand-new hospitality suite, best seats in the arena, interval drinks, photo with the trophy, official programme & commentary radio earpiece. .

Where to stay near the UK Champions 2023 venue?

York usually has a lot of visitors in December, and there are many hotels to choose from in and near the city centre. They, however, not inexpensive. Closest to the Barbican is the 4-star Novotel York, which is also used by a lot of the players, officials and pundits. The webmaster of Snookertrips.com has stayed there thrice and met such snooker stars as Mark Selby, Stuart Bingham, Martin Gould, Stephen Hendry, John Parrott, Ken Doherty and others (even the MC, Rob Walker, at the breakfast buffet). For those reasons it is advised to book well in advance, as there is a high probability it will be sold out several weeks before the tournament. Equally close and just next to the city wall is the 3-star Holiday Inn. Other York hotels are available here.

Much closer to York is the Leeds-Bradford airport, which has regular flights to/from London Heathrow, Dublin, Amsterdam and Riga among others. However, be aware, that there are no direct public transport links from Leeds-Bradford to York, so you will need to first take a bus to Leeds and then continue on to York by train.