The second most prestigious snooker tournament of the year and one of just three Triple Crown tournaments is the UK Championship 2017. It is once again being played in the old Viking capital of York, which is in itself an amazing city to visit in December. It is an ancient and very festive city, and the tournament brings forward the best in the players. The reigning champion is  world no. 1 Mark Selby who defeated The Rocket Ronnie O’Sullivan in the 2016 final. 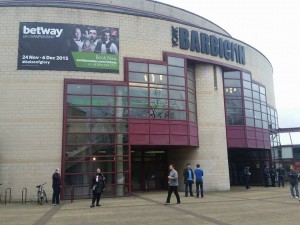 The York Barbican during the UK Championship in Snooker 2015

The UK Championship 2017 is being played in the Barbican just outside the old city walls of York, 10-15 minutes walk from the famous Parliament Square Christmas market and 20 minutes from the York Cathedral, one of the largest in Europe. The city is also known for its chocolate specialities, ghost tours and a host of other arrangements for the entire family. For those same reasons, it is a good idea to book your hotel well in advance.

When will the UK Championship 2017 be played?

The UK Championship 2017 will be played from November 26 to December 10, 2017. 128 players will participate in the tournament, playing on 8 simultaneous tables in the first and second rounds, four tables in the third round, two tables in the fourth round and the quarter finals, and just a single table setup for the semi-finals and the grand final itself. All rounds up to and including the semi-finals are played as best of 11 frames, and the final is best of 19 frames.

Tickets – and where to get them? 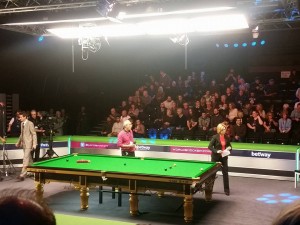 Getting ready for the UK Championship final 2015

The box office opened almost as soon as last year’s UK Championship had finished. It is recommended that you get your tickets as soon as possible if you want to attend the final or the semifinals. At the time of writing, the last session of the final on Sunday evening is sold out.

Tickets are available from See Tickets.

Where to stay near the UK Champions 2017 venue?

York usually has a lot of visitors, and there are many hotels to choose from in and near the city centre. It is, however, not inexpensive. Closest to the Barbican is the 4 star Novotel York, which is usually used by many of the players, officials and pundits. The webmaster of Snookertrips.com has stayed there twice and met such snooker stars as Mark Selby, Stuart Bingham, Martin Gould, Stephen Hendry, John Parrott, Ken Doherty and others. For those reasons it is advised to book well in advance, as there is a high probability it will be sold out several weeks before the tournament. Equally close and just next to the city wall is the 3 star No. 71. Other York hotels are available here.