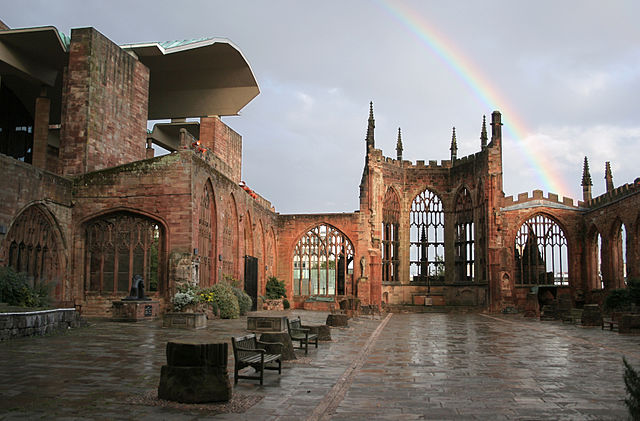 The Champion of Champions 2021 may have moved to Leicester, but that is no goodbye to snooker at the Ricoh Arena in Coventry, which will host, for the first time, the Snooker World Grand Prix 2021. Featuring the top 32 players on the Snooker one year ranking list, entertainment is guaranteed at this annual snooker tournament being held in Coventry for the first time. The reigning champion is Judd Trump, who won the 2020 World Grand Prix, beating Jack Lisowski in the final by 10-7.

Where is the 2021 Snooker World Grand Prix being played?

The Cazoo World Grand Prix will, for the very first time, be played at the Ricoh Arena on the outskirts of Coventry, a bit east of Birmingham. It has previously been played at Llandudno, Cheltenham and Preston. The arena is the home ground for EFL Championship team Coventry City, but of course, the World Grand Prix won’t be played on the field, but rather in the adjacent Ericsson Exhibition Hall. The complex also boasts a casino and a hotel, and there’s even a shopping centre next door, so you can basically stay in the immediate area 24h a day while visiting for the World Grand Prix (but we recommend that you also visit the Coventry city centre).

When is the tournament taking place?

The tournament will be played from December 13 to 19, 2021. The exact format is yet to be announced, but the final will no doubt take place on the 19th.

How to get World Grand Prix snooker tickets?

Tickets for the Cazoo World Grand Prix 2021 went on sale on May 28, 2021, from official snooker ticket partner SeeTickets.

A single ticket for the opening session will cost you £10, while a ticket for the evening session of the final will set you back £35 (fees not included). Allday tickets are also available at a small discount compared to buying for each season, and it is even possible to get an Event Pass valid for all sessions for £175. It is not known if VIP or hospitality tickets will be available for the World Grand Prix this year.

Where to stay for the World Grand Prix 2021?

The Doubletree by Hilton at Ricoh Arena is located in the Ricoh Arena itself, and most players at the 2021 World Grand Prix will probably stay there as well (the webmaster of this site met Ronnie in the breakfast room, and Neil Robertson in the reception for check-out at the Champion of Champions in 2014). Pitch view rooms are available, but these are of a mixed quality, as some of them are also being used on match days as lounges etc. It may be worth it to go for a slightly more expensive Club or Executive room instead.

Approx. 1 km from the arena, next to the M6, is the decent Novotel Coventry. It is quite reasonable, but apart from the Ricoh, there is absolutely nothing of interest in the vicinity. There are a few good hotels in the Coventry city center, which is however about 6km from Ricoh Arena.

If you want to stay in the city centre, you can take bus 3 from the Trinity Street stop – the drive is about 25 minutes to the Arena Park/Tesco stop, from where there is a short walk to the arena. Or you can get a taxi for less than £10.

How to get to Coventry?

Birmingham Airport is very close to Coventry, and it has a large number of international flight connections. The X1 coach will take you directly from the airport to Coventry about every half hour during the daytime, and the drive is about 40 minutes. Trains are also available, which will get you to Coventry in less than 20 minutes from the Birmingham Intl. station. A taxi from Coventry train station to the Ricoh Arena is about £10, and the drive is between 10 and 20 minutes, depending on traffic.

Coventry also has decent train connections to Manchester Airport (a little over 2 hrs, change at Crewe) and from London Euston (1-1½ hrs on a direct train).