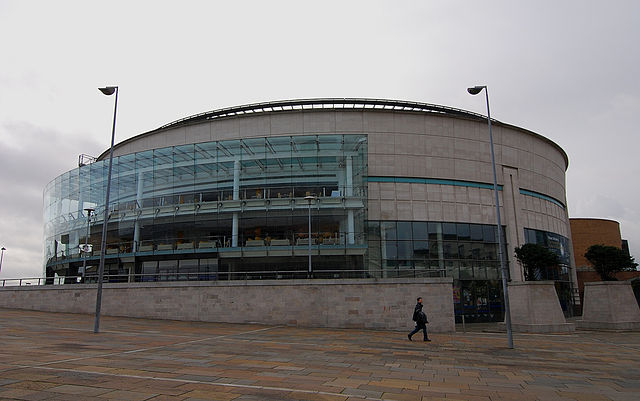 Since its inaugural tournament in 2016, Northern Ireland Open has been a staple of the World Snooker calendar and a part of the prestigious Home Nations Series. After having been played behind closed doors at Milton Keynes in 2020, Northern Ireland’s premier snooker tournament is once again back at Belfast’s Waterfront Hall in 2021. The defending champion is Judd Trump, who, amazingly, have beaten Ronnie O’Sullivan by 9-7 in the final for three consecutive years.

Where is the Northern Ireland Open 2021 being played?

For the fourth time, the snooker tournament will be played at Waterfront Hall in central Belfast, Northern Ireland. Waterfront Hall is a multipurpose conference and entertainment centre, which first opened in 1997 and, following a renovation, again in 2016, and it has been hailed as one of the country’s leading entertainment venues. It has hosted the Northern Ireland Open annually since 2017, although, as was the case with most other tournaments that year, the 2020 edition was played behind closed doors in Milton Keynes. The hall is located within a 10-minute walking distance from the Belfast city centre, and next to the Lanyon Place train station.

When is the Northern Ireland Open 2021 being played?

The Northern Ireland Open 2021 will take place from October 10 to October 17, 2021. A total of 128 players will be competing for the Alex Higgins trophy, which means that the player who is going to lift the trophy will have to win 7 matches in a row. Further details about the format will be published as soon as its available.

How do I get tickets for The Northern Ireland Open 2021?

Where to stay in Belfast?

As cities go, Belfast isn’t exactly cheap, but staying in a nice hotel won’t cost you a fortune either. One of the best options is the Hilton Belfast, which is located right next to the tournament venue, and with great views over the River Lagan. If you are travelling on a budget, you might want to consider the ibis Belfast City Centre or the slightly more charming Ramada by Wyndham, both of which are located within a 15-minute walking distance from Waterfront Hall.

But there are lots of option, and you may want to look at other Belfast hotel options at booking.com.

Flights to Belfast arrive at the Belfast International Airport about 20 km outside of the city, or at the George Best Belfast City Airport, which is just 5 km from the centre and named after Northern Ireland’s legendary footballer. As the name suggests, most international flights will arrive at the former, while the Belfast City Airport is mostly used for flights within the UK. However, as many countries do not have direct flights to Belfast anyway, you may well need to have a stop-over in England, before flying on to Belfast. The largest operators flying into Belfast are EasyJet and Ryanair.

From Belfast International Airport, you can take a taxi or the Airport Express 300 bus service, which will bring you to the city center in about 30-40 minutes. From George Best Airport you can either take a train from the nearby Sydenham rail halt, or the Airport Express 600 which only takes 10 minutes to the center of Belfast.

If flight connections from your place to Belfast are scarce, you might also consider flying to Dublin Airport, and taking an Aircoach bus from there, which is approx. a 2-hour ride.