No Summer Break in Snooker 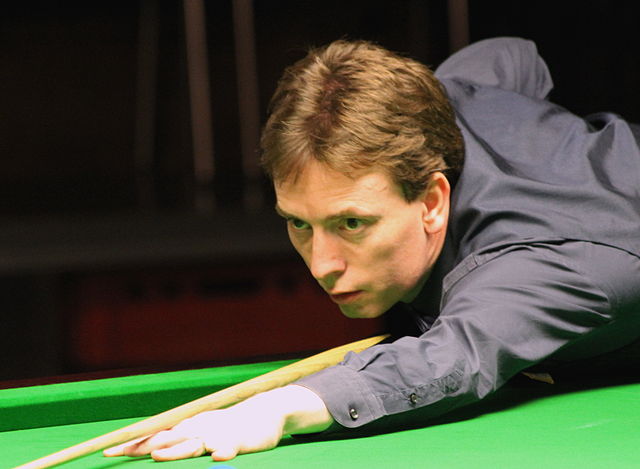 Although the last few weeks have been mostly snooker-free on television, it does not mean that the world of snooker has stood still. Within the last week, two qualifying tournaments have been played, World Games has been decided – and World Snooker has made a remarkable announcement that can have far-reaching consequences for the future of snooker sports.

To take the sporting side first: At the end of July, World Games was held in the Polish city of Wroclaw. World Games is a kind of Olympic Games for sports that are not in the Olympics, including snooker and other forms of billiards. Sixteen players from a number of nations took part, and the biggest names were Ali Carter and the comet Kyren Wilson, who has really had his breakthrough this past year. The ruling champion was Indian Aditya Mehta, who had go home early following a 1st round defeat to home-favorite Kacper Filipiak. For the first time, the tournament was for men and women, and it was attended by Belgian Wendy Jans and the ruling women’s world champion Ng On Yee. Both went out in the first round, however, with defeats to Declan Brennan and Michael Judge respectively.

The first semifinal stood between Ali Carter and the ruling U21 world champion Xu Si, and the experienced Englishman took home a safe victory of 3-0 with breaks of 63, 52 and 61. The other semi-final was between Kyren Wilson and Amateur World Champion from 2016, Soheil Vahedi. There was a bit more suspense about the outcome of this match, although it also resulted in a 3-0 win for the English player.

So, the final at World Games 2017 stood between the English advance favorites Ali Carter and Kyren Wilson, who are both in the world’s top 16. Wilson took the first frame with 75-0 and the second frame with 61-12. Carter then made an excellent 113-break, and he won the third frame by 113-1. Carter had already made the tournament’s high break of 136 in the third frame of his first-round match against Australian Shaun Dalitz. However, it was not enough to turn around the match against Wilson, who won the fourth frame, and thus also the match and the championship, with 81-4 and a break of 77.

Qualification for India and Belgium

The first tournament to qualify for was the Indian Open, held in mid-September in the Indian city of Visakhapatnam. The city has a population of around 2 million people, but it is located on the east coast of India, far from more famous travel and tourist destinations such as New Delhi, Mumbai, Chennai and Hyderabad. The tournament is also relatively short and it has a relatively small prize fund, and all of this taken together is probably a large part of the reason why less than half of the world’s top 16 chose to participate in the qualification. Among those who did try were the finalists from World Games, Kyren Wilson and Ali Carter, but they were both beaten by Boonyarit Keattikun and the veteran Ken Doherty respectively. Ken Doherty actually lost his tour card following the 2016/17 season after an almost catastrophic lack of results, but World Snooker nevertheless chose to give him a wild card as a thank you for his long and impressive career. And this, apparently, was good motivation for the Darling of Dublin, as he reached the semifinals of the season’s first ranking tournament in Riga in late June, and now he is also qualified for the Indian Open. Among the other players who qualified were John Higgins, Stuart Bingham, Anthony Hamilton, Ricky Walden, Dominic Dale and the World Games semifinalist Soheil Vahedi.

It was then time for the qualification for European Masters, which is this year played in early October in the small Belgian town of Lommel. Ali Carter failed to qualify once more, as he was whitewashed 4-0 by Mei Xi Wen. Kyren Wilson, on the other hand, had recovered his form and won 4-0 against the other World Games semifinalist, Xu Si. Ken Doherty played another great match as he beat world’s No. 6, Barry Hawkins, in a close 4-3 match. In addition, there were no less than 12 (!) Chinese players (including Mei Xi Wen) who qualified for European Masters, and that doesn’t include Ding Junhui and Liang Wenbo, who both chose not to participate. Some qualifying matches will be played immediately before the main tournament begins. These include Mark Selby vs. Mark Joyce, Belgian Luca Brecel against Sam Craigie, and Judd Trump against Chris Totten.

Unfortunately, during the past week, some of those political quarrels have come up which, from time to time, surfaces and which gives professional sports a bad name. As you may know, there are two key organizations in the world of snooker: WPBSA, the World Professional Billiards and Snooker Association, is the main body of professional snooker and it has a very close relationship with Barry Hearns’ company World Snooker Ltd., which organises the major professional ranking tournaments shown on Eurosport and BBC. In addition, there is the IBSF, the International Billiards and Snooker Association, which is the main organization for amateur snooker and who, among other things, organises the world championships for amateurs. The two organizations have entered into closer cooperation in recent years, and WPBSA distributes Wild cards to the winners of some of IBSF’s tournaments, including the Amateur World Championship.

However, on July 31, WPBSA published a notice in which they distance themselves from and break the ties to IBSF, referring to “inappropriate and unconstitutional attempts by some members of IBSF to control seats in the World Confederation of Billiards Sports [also known as WCBS, ed.]. ” The WCBS is the umbrella organization for the various cue sports, including snooker, pool and carom, and the organisation is fighting, among other things, to make cue sports a part of the official Olympic program.

It is still a bit unclear what is up and down in this case, but apparently, some of the reason can be found in decisions taken at the annual meeting of the WCBS. At the meeting, which was held during The World Games in Poland, WPBSA Chairman Jason Ferguson was defeated as chairman of WCBS, a position he has held since 2015. The degradation apparently occurred with the support of IBSF, and this naturally affected the relationship between the two snooker organizations. IBSF on their part believes that WPBSA has resisted attempts to create a “real” international snooker organization and instead try to run the sport on purely commercial terms.

Snookertrips.com continues to follow the development and we will write more about it as soon as we have a better insight into what is really going on. The first consequence seems to be that winners of the official IBSF World Championships will no longer receive wild cards for World Snooker tournaments or for the professional tour. If you do not think this sounds like a big deal, you should take a look at this partial list of Amateur World Champions in the last 20 years:

To end this post on a more positive note: “The Pistol” Mark Allen on June 28 became father for the second time, as Mrs Kyla gave birth to their first joint child, Harleigh.

Allen also has a daughter from a previous stormy relationship with the world’s leading female snooker player for many years, Reanne Evans. Despite the family increase, Allen nevertheless participated in the week’s qualifying tournaments, and despite claiming to have played poorly, he still managed to qualify for both Indian Open and European Masters with victories over Thor Chuan Leong and Daniel Wells respectively. He wrote about it on Twitter, where Neil Robertson was not late to suggest that Allen was not in Preston to play snooker but to rather to recover some lost sleep.

You’re not in Preston for snooker, you’re there for sleep!😆

Congratulations to Mark Allen – both with baby Harleigh and with qualifying to Belgium and India.